Two experiences this week with my local Microsoft Store has reminded me how frustrating these stores are. On the one hand, they are well-designed (sure, they copy Apple, but MS would be crazy not to) and my experiences with the employees have always been very positive. The staff is both friendly and generally very knowledgeable about the products. On the other hand, Microsoft just doesn’t quite seem to give the stores the tools that are needed to fully provide the kind of experience that should be a given with a physical retail location. Here are the two issues that I ran into this week:

My XBox One S recently died (froze while watching a video and then would not start back up after a hard reset), so I made an appointment and took it into the store for service. As usual, the employees were great, quickly getting me set up with a service representative and even offering and getting me a bottle of water while I waited. The employee was well versed on how to troubleshoot this kind of problem, first attempting a recovery boot and then trying to restore the OS with a USB stick. I’d actually tried these things myself at home, but it still made sense for them to try them in the store.

Once it was determined that there was a hardware failure, and since the unit was out of warranty, they explained that my two options were either to pay for an “out of warranty exchange” or just purchase a new one. For Black Friday, they have a bundle for $199 that includes the One S and the Minecraft games, but since I took the system in on Saturday and the sale started on Sunday, they told me that I would have to come back the next day to get the sale price. I don’t completely fault them for that inconvenience, although it did seem like having an option for a manual override on the price under those circumstances would make sense. Since I couldn’t get the new one right away and the “out of warranty exchange” was $60 less ($139), I decided I could live with the refurbished unit and take the chance on not getting a new warranty.

The process for the exchange is where I felt the in-store experience seriously fell apart. After I decided to go with that option, they let me know that they didn’t actually have refurbished units in the store and that, instead, they would have to ship my defective unit back to Microsoft and then have the replacement shipped to me. Also, that process would take 2-3 weeks, although I had the option of paying an additional $10 to expedite the request, which they figured might knock a week off the turnaround time. The transaction was through the exact same form that I could have used at home to arrange service (they even had me log in to the site with my Microsoft account) and the only thing I really got out of going to the store was that they boxed it up and shipped it out for me. When I got home, I even had an email from the store employee saying that they didn’t have access to the return label that had been emailed to me and asking me to forward it. What it basically boiled down to is, at least for XBox, the store really offers no significant repair services that you can’t do at home. The employee even suggested that I should save the drive to the store if I needed service again someday.

The second “this seems dumb” experience that I had with the Microsoft Store was with today’s release of the Surface Go LTE model. I’ve known for a while that this was a device that would fit my needs and I was already to go to the store and buy one today. When I was there on Saturday, I did ask one of the sales employees about it and was told that, yes, it was being released today, but that they didn’t know if or when they would have it in store. This morning, I called the store (which connects to a national call center instead of the local store) and was told that the device was, in fact, available for purchase online today, but that they weren’t going to be available in the stores until some unspecified future date. I went ahead and ordered one online, but it seems like a MAJOR misunderstanding of how to run a retail presence to not have the stores stock a new product on the announced date of availability. Why would they want to turn away customers that were prepared to drive to the store and spend hundreds of dollars? 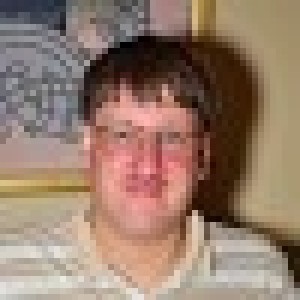