There are several things about Project Fi that are making the switch to another carrier difficult.  I’d appreciate anyone’s insights.

Integration with Google Hangouts.  While I initially thought that voice over WiFi would be the killer feature, instead it is the seamless integration with Google Hangouts on my PC that I have found the most compelling.  Specifically, SMS/MMS messaging is consistent and seamless between phone and Hangouts client. Plus I can send/receive voice calls from my PC, too.  As the battery life on my Nexus 6p has slowly (and continually) degraded over time, I find this feature invaluable.

Let me give you an real-life example. I am a contractor working at a company that recently removed ALL physical phone handsets. They use Skype for Business with Cloud PBX to makes calls on their computers. As a contractor I do not get a phone number, although I do have Skype for Business access.  Today, I grabbed the wrong cable (micro-USB instead of USB-C) and my Nexus 6p is about to die. Fortunately, I have Hangouts on my laptop and can make calls using my headset.

Pay for Actual Use. Back when I switched to Project Fi, I gave up a 30GB shared family plan with AT&T.  While it was, at the time, a pretty good plan for the pricing, my family of 4 was not using enough data to justify the price. Three of us moved to Project Fi and one to Cricket (he didn’t want to give up his iPhone). Our monthly charge dropped dramatically. And when we do have overages, the charges are not exorbitant and we pay pro-rated only what we actually use, rather than having to purchase another entire tier of data.

International Coverage. I don’t use this often, but when I do it’s great knowing I don’t have to worry about adding/removing international roaming.

Support. We’ve found Fi support to be stellar.  My daughter broke her screen a few months in and they were able to replace her 5x with a refurb model for a very reasonable fee. That unit recently turned out to have the bootloop problem and they replaced it for free.

Phone Choices. When we signed up for service with Fi, the 5x and 6p were the offered phones. I would have been open to purchasing a higher end phone for myself, but the 6p and 5x were great mid-level phones that I had no qualms giving to my family.  The switch to the Pixel line, definitely targeted at higher-end users, is much less attractive.  My Nexus 6p is beginning to wear out and the Pixel line is not an exciting alternative to me for the price.

Actual Data Use. Through a variety of circumstances our data use has increased, while the increased competition between the carriers has decreased bucket plan and unlimited pricing.  I’m still saving a bit compared to the big three, but only because I’m more careful than I would otherwise be.

So, here’s my quest: I would like to find a solution or a set of solutions that would allow me to use my current cell number (which ends in “00”) and send/receive texts/MMS and voice calls from my computer.   It would be great if Skype would allow me to port my number and then I could use it. 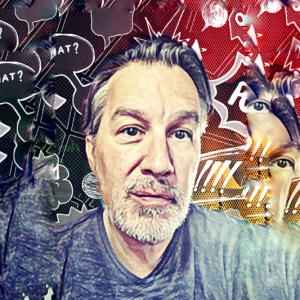