Discord first launched a game store back in August. After being focused at its chat platform for ages, the service has slowly moved to other areas, like the new Game Store that’ll help it compete with big players like Steam.

Discord has been investing heavily into its game store, even launching some exclusive titles. The company is now taking things a step further with a new Early Access program that is supposed to help both developers and players. With Early Access, users will be able to play games that aren’t ready for prime time yet, and this will allow them to get to play the game before everyone else while helping the developers to improve the game itself.

“Without opportunities like early access, Descenders would not have been made. It’s that simple. Giving our community a way to get involved through feedback and funding gives us what we need to steer our game’s development in the direction that players want. That’s huge,” said Mike Rose, the Director of No More Robots which is publishing one of the first early access titles on Discord called Descenders.

Discord has been making significant improvements to its game store ever since the launch. Feature-wise, it’s been advancing really quick, although it still doesn’t really have any big titles like Steam. Instead, it mostly just includes smaller games from independent developers. Only time will tell if Discord’s game store can pose any real threat to Steam, though. 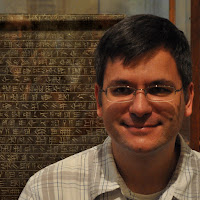