And now, a Surface Pro for gaming.

Asus today announced the new ROG Mothership, a gaming laptop that’s built for portability and gaming on the go. The device is essentially a bigger Surface Pro, with more power and bulk. The device packs a 17.3-inch FHD display with NVIDIA G-Sync and a refresh rate of 144Hz. The device has a kickstand, much like the Surface Pro, and a keyboard that can be detached.

The kickstand allows the device to stand on itself, and all the internals of the device is included on the back of the device. That allows for much better heat dissipation, and the device comes with factory overclocked chips, and so Asus has included eight heat pipes within the device for the thermal energy to get out of the inside of the device much more easily.

Of course, taking out the kickstand by your hand on a 17.3-inch device can be quite hard, and so the kickstand automatically extends as soon as the device touches a surface. That’s a really cool idea, to be honest.

The keyboard on the device can work wirelessly when detached, and you can use it while attached to the device, of course. And if that’s not comfortable enough, you can simply detach it and connect it via a Type-C cable to ensure fast response times and avoid input lag.

Specs-wise, this thing is packed with all the latest goodies. You have the Intel 8th-gen Core i9-8950GK, the new NVIDIA GeForce RTX 2080 with 8GB of GDDR6 RAM, NVMe SSDs, and up to 64GB of DDR4 RAM. The device notably includes Windows Hello facial recognition, too.

All of that comes in a package of 10.36lbs, so around 4.7kg. That’s way heavier than something like a Surface Pro (around 4x, in fact), so you can imagine the amount of engineering that went into this thing for the kickstand alone. The ROG Mothership will be available later in the Q1 of 2019, pricing is yet to be announced. 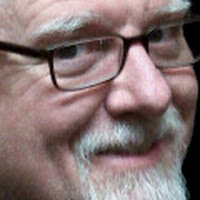