When Snap, the makers of Snapchat, debuted on Wall Street at $24 per share with a valuation of $33 billion in March 2017, investors were hyped about the “camera” company. Soon after, Snap experienced slow user growth, combined with declining share prices, and increased competition from Instagram. Shareholders and investors apparently weren’t too pumped about Snap’s rapid decline and the failure of its Spectacles smart glasses. Since then, a couple of major executives left the company, making space for some new faces. The company later pushed for new ways of growing its stagnant user base and identified a major problem on its core product: Snapchat was too hard to use for new users.

To make Snapchat easier to understand and easier to use for new users, Snap decided to redesign the app from the ground up. Snapchat’s founder and Snap CEO Evan Spiegel announced the new redesign in November of last year, with an aim to “separate the social from media.”

At its core, the redesign made a lot of sense. You see, the old Snapchat was confusing to use for new users, especially the older generation. But people don’t like change and that’s precisely the main problem with Snapchat’s latest update. Soon after Snap started rolling out the new update to a tiny group of snapchatters in November, the company faced a lot of backlash. Even then, the company continued to push ahead with the new redesign, with the complete redesign expected to reach all users by Q1 2018. The main reason behind that? The new redesign is actually helping Snap grow — more on that later.

Now, I am not a user experience and behavior expert, but the new Snapchat update is exceptionally confusing for existing users. Before, Snapchat had two different sections — the chat section and the stories section which also included the Discover section where users could view stories and news from popular publications and creators. The new update, on the other hand, combines the stories from your friends with your chats while Discover got its own separate section.

All of the stories from your friends and the friends you chat to on Snapchat are now combined in the Friends section of the app. The problem here is that Snapchat will now show stories from friends that you probably don’t speak to much in between friends that you interact with quite a lot. The feed is completely powered by an algorithm, which — according to Snap — learns your habits over time and displays friends and stories from friends at the right time depending on the level of interaction you have had with them in the past, and a lot of other variables.

I, personally, find this incredibly unreliable — just like every other algorithmic timeline (*cough* Instagram *cough*) in the world. I have had the algorithmic Snapchat feed even before the new redesign was even announced, and that virtually ruined the Snapchat experience for me. Instead of seeing all the latest stories from my friends, now I had to wait hours, or manually go to their profile, to checkout their most recent stories. Even if I had manually viewed someone’s stories a couple of times, the algorithm would never learn and continue to show stories from that person 2-3 hours, sometimes 15+ hours later. And with the new Snapchat redesign, that problem just got worse. Now, stories from my friends show up in between my chats, and the order of these stories and friends literally seem random. What’s even worse is the fact that I have to scroll down a list of friends that I don’t interact with much to view stories from my other friends. The new Friends section on the new Snapchat design is undoubtedly the worst part of the update.

Moral of the story: Algorithmic timelines are terrible.

Let’s talk about the new Discover section: the place where stories from popular celebrities, verified content creators, and media publications show up. In the new Discover section, you will automatically see a curated collection of stories from creators if you are someone who doesn’t subscribe to a lot of these creators. But sadly, some of these are incredibly annoying, low-quality Daily Mail-like content and there’s literally no way of opting out of them. Instagram’s explore system is genuinely much better.

The redesigned Snapchat did give Discover the push Snap hoped for, however. In fact, the company reported earlier this month that the Daily Active Users watching publisher stories on Discover increased by more than 40% in the new application, and there have been improvements across the board with higher levels of average revenue per user, and appreciations in the watch time and engagement metrics.

Either way, the new Snapchat design’s problems are more to do with muscle memory and the user experience. You see, Snapchat had the same design for years, and most users are familiar with the existing design, interaction methods and all the different parts of the app. But the new update makes changes to some critical sections of the app that makes it annoying to use. These changes are arguably things that you’ll get used to overtime, but they make the app jarring to use in the beginning. On the previous Snapchat design, for example, clicking on a friend from the stories section would directly open the story but now that the chat and story section is combined within the Friends section, you’ll need to carefully click on a friend’s Bitmoji/avatar to view their story. If you mess up the touch point, it will take you to the chat instead of opening the story and open up the typing keyboard.

Such problems are splattered across the new app. Before, checking your own story would be as easy as swiping to the right — but now, the same feature requires you to open your profile, and then click on your story. The company has also revamped the Search feature, previously a brilliant tool for discovering things happening around you, and now it is a useless feature crowded with your friends that are already on the dedicated Friends section. In the old Snapchat design, these public stories were categorized by different topics, making it easy to find exactly what you are looking for. And the new design? Well, it just shows you the most recent active friends from Snap Map, jumbled with nearby events. There’s no way of finding different types of nearby stories, and it just feels like a meaningless watered down version of what used to be a really great feature of the service. Oh, and, the nifty Quick Add feature that lets you easily find mutual friends on Snapchat is now buried under two whole levels instead of just appearing within search.

Changes like this are actually quite minor, but for long-time users, these tweaks can radically transform the experience. The new Snapchat design is clearly problematic for existing users, but the company claims it’s actually a superior experience for new users. “We believe that the redesign has also made our application simpler and easier to use, especially for older users. Compared to the old design, core metrics around content consumption and time spent in the redesigned application are disproportionately higher for users over the age of 35, which bodes well for increasing engagement among older users as we continue to grow our business,” the company told investors earlier this month.

Despite all the problems that come with the new Snapchat design, it’s here to stay. Snapchat’s new design gives its Discover platform a huge push — not only in terms of increased consumption but also higher levels of revenue, allowing it to continue a sustainable relationship with publishers that are really the building blocks of the feed.

The new design of Snapchat changes a lot of core features that will take long-time users to get used to, and the company will continue to evolve the design to perfect it in the future. In fact, the company is already testing a new update that lets users easily filter between chats and stories in Friends, and only show content you subscribe to within Discover. “Beginning soon on iOS, and with Android in the coming weeks, we are introducing tabs in Friends and Discover, which will make it easier to find the Stories that you want, when you want them. Once you receive the update, you’ll be able to sort things like Stories, Group Chats, and Subscriptions, allowing you to further customize your own experience on the app,” the company said.

So instead of screenshotting memes of how terrible the new Snapchat update is and sharing fake Snapchat announcements talking about the return of the old design on your story, you are better off learning to adapt to the new design. I still kind of want my chronological Snapchat feed back, though and maybe the Instagram one, too. 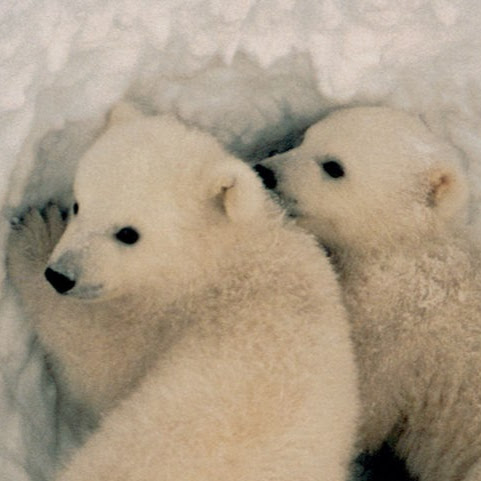