How do I get out of the Insider to the RTM version?

I had to roll back the last update because of no sound and display issues. It seemed like there was a blue tint to everything.

The display driver was saying windows has stopped this device because it has reported problems. (code 43). This is on a Ryzen 2400g.

Why would an update go and downgrade the display driver?

But the version numbers are the same.

And sometimes when I booted up, it was just a black screen.

But now everything works fine. But I never had a brightness option. 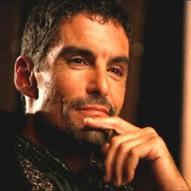