The Apple M1 Mac event got me thinking through my tech stack again.

And it makes me wonder if MS just postponed their ARM strategy or mostly abandoned it.

Apple was pretty evasive about the capabilities (or significant lack thereof) in regard to hypervisors on the new platform.

They demoed (I think it was Parallels) running some Linux VM in the WWDC presentation and made a pretty big deal that “it’ll work for developers, we love developers”. But they have been very cagey in interviews and such.

Regardless the presentation this week was all about the consumer line of hardware. The devices upgraded were largely consumer level devices (and the lowest end of the MacBook Pro). So I guess it reaches a *bit* into “prosumer” as well.

But there’s a lot of devices to go, including the really beefy systems: iMac Pro and Mac Pro.

I don’t think Apple really cares too much about Boot Camp / Windows. I’m sure they have metrics on it and know how often it is used.

That said, I doubt they’d be too sad to be able to announce “Boot Camp for M-Series” if MS put the effort into it.

I don’t even know if it’s worth it to Microsoft though either. I’m guessing that they *do* have metrics on how many copies of Windows are running on Apple’s CPUs.

One trick with ARM is that it isn’t always quite as simple to support multiple vendors’ chips as it is with x86/64. I don’t know the nitty-gritty details but I know it isn’t a “it just works” scenario and some person-hours are spent for each desired vendor platform.

THAT said, I was thinking through some things wondering if ARM is the bifurcation line for “legacy Windows” and “modern Windows”.

I’m guessing the age-old “legacy” argument still holds true though. Many will suggest people only want Windows so they can run some ancient cross-stitching app to help with their hobby.

Gaming is, of course, a large issue. So I’m not sure what the solution is there.

The huge one is something Paul’s mentioned in the past: drivers. If you can’t print on the new laptop you just bought, that *is* going to be an issue effecting lots of people. (Same applies to xyz peripheral, etc.)

But I think there is a market for it. But I may be severely overestimating the number of people who could do a “clean break” and not worry about the legacy stuff.

But then, again, the majority of those people are probably using a phone or tablet as their primary computer now. And only using their traditional PC for a couple tasks that mobile devices and small screens aren’t optimal for. 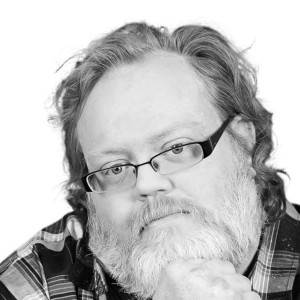