Whenever you see downloads for “Windows 10 on ARM”, the installers usually always have “ARM64” in the filename, meaning they are compiled to run natively on the 64-bit ARM kernel version of Windows. I’d always though for W10oARM, only a 64-bit kernel edition (that also runs ARM32 code) existed.

However, I notice popular VPN WireGuard offers an ARM32 (32-bit ARM) installer, even-though for other major pieces of software, such as Firefox and Edge, only 64-bit ARM installers are offered.

So… does this installer exist because there is an ARM32 kernel version of “Windows 10 on ARM”, or just-because, for some-reason, you might need to run the 32-bit ARM code version of the app on the ARM64 kernel version of Windows (say for plug-in compatibility reasons)? 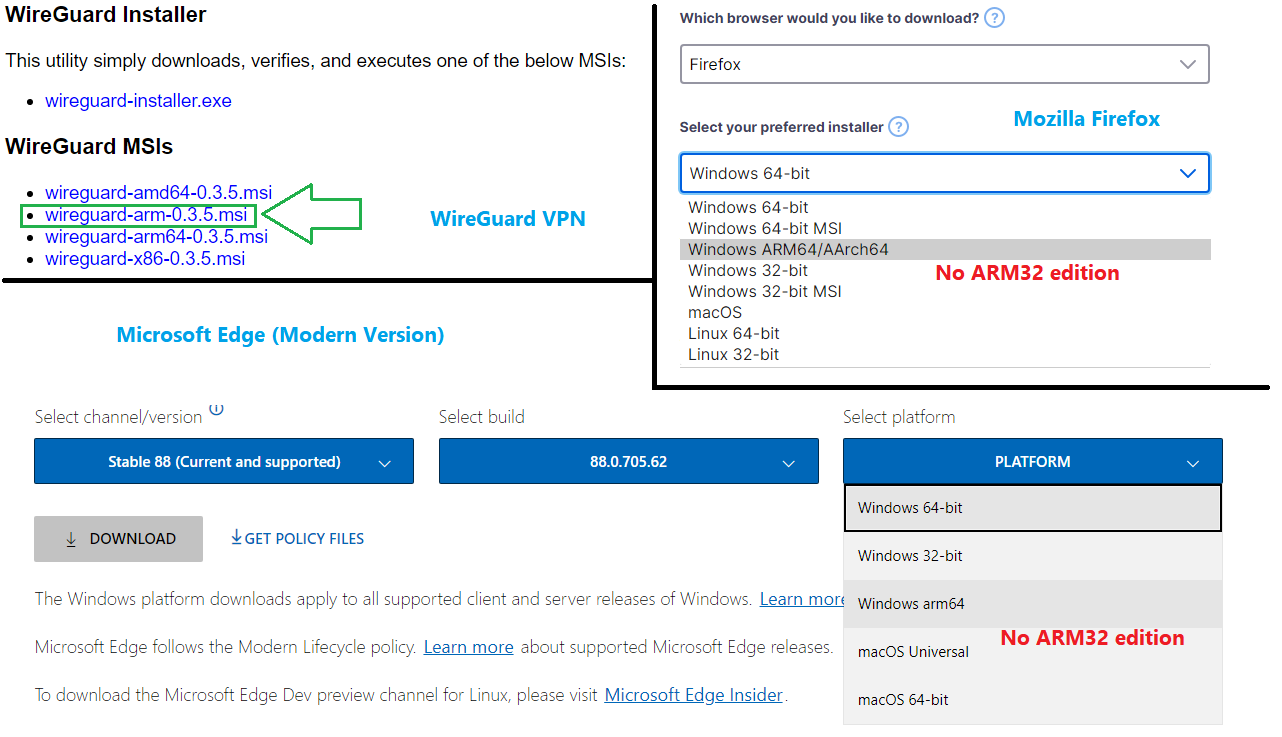