Since the debut of the Xbox One X All Digital Edition, there has been one large problem with the console, the price. With an MSRP of $249.99, the console was not a good value when you consider that games can only be purchased digitally.

This week for Black Friday sales, the console is being offered for $149.99, a $100 price drop which makes it the most affordable way to buy the current generation Xbox. And if this price point does not move units, it may be the end of Microsoft’s digital experiment.

This version of the Xbox comes with Minecraft, 2000 V-Bucks, Legendary Rogue Spider Knight Outfit, and 2 Style Variants that unlock as in-game challenges are completed for Fortnite, and Sea of Thieves.

If you have been thinking about picking up an Xbox, this is about as cheap as it will get as we run up into the Scarlett release which should happen in about a year. Of course, you will be able to find used consoles for less but for a fresh box, $149.99 is a good price for this version of the console.

And frankly, this is about the price it should have launched at earlier this year. Coming in at $249.99 never made sense and tarnished the release of this type of console. While it’s clear that digital game purchases are the future and that disc-based games are slowly going away, that future isn’t quite here yet.

Tagged with Xbox All Digital 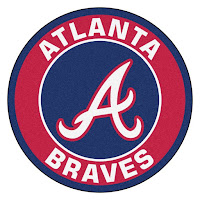