OnePlus today made its next-generation of flagship devices official. After months of rumours and leaks, the OnePlus 8 series is finally official, and they are exactly what the leaks said they would be.

Either way, let’s talk about the OnePlus 8 and OnePlus 8 Pro. Both the devices are powered by Qualcomm’s Snapdragon 865 processor, meaning they come with built-in 5G connectivity. And that’s really about the only main similarities between the two devices.

The regular OnePlus 8, for example, comes with a 6.55-inch Full HD+ display, up to 256GB of UFS 3.0 storage, and up to 12GB of LPDDR4X RAM. The display of the device features a refresh rate of 90Hz, which is higher than most mainstream phones. But when it comes to the OnePlus 8 Pro, you are getting a 6.78-inch QHD+ display with a refresh rate of 120Hz. OnePlus 8 Pro also features up to 12GB of LPDDR5 RAM.

As for the cameras, the regular OnePlus 8 features a triple camera system with 48MP, 16MP, and 2MP sensors. The OnePlus 8 Pro, on the other hand, will feature a quad-camera system with two 48MP lenses (one ultra-wide with a full 120-degrees FoV, and one regular lens), as well as a telephoto lens with 3x lossless and 30x digital zoom, and a “unique color filter camera”. Both the devices feature a 16MP front-facing camera. 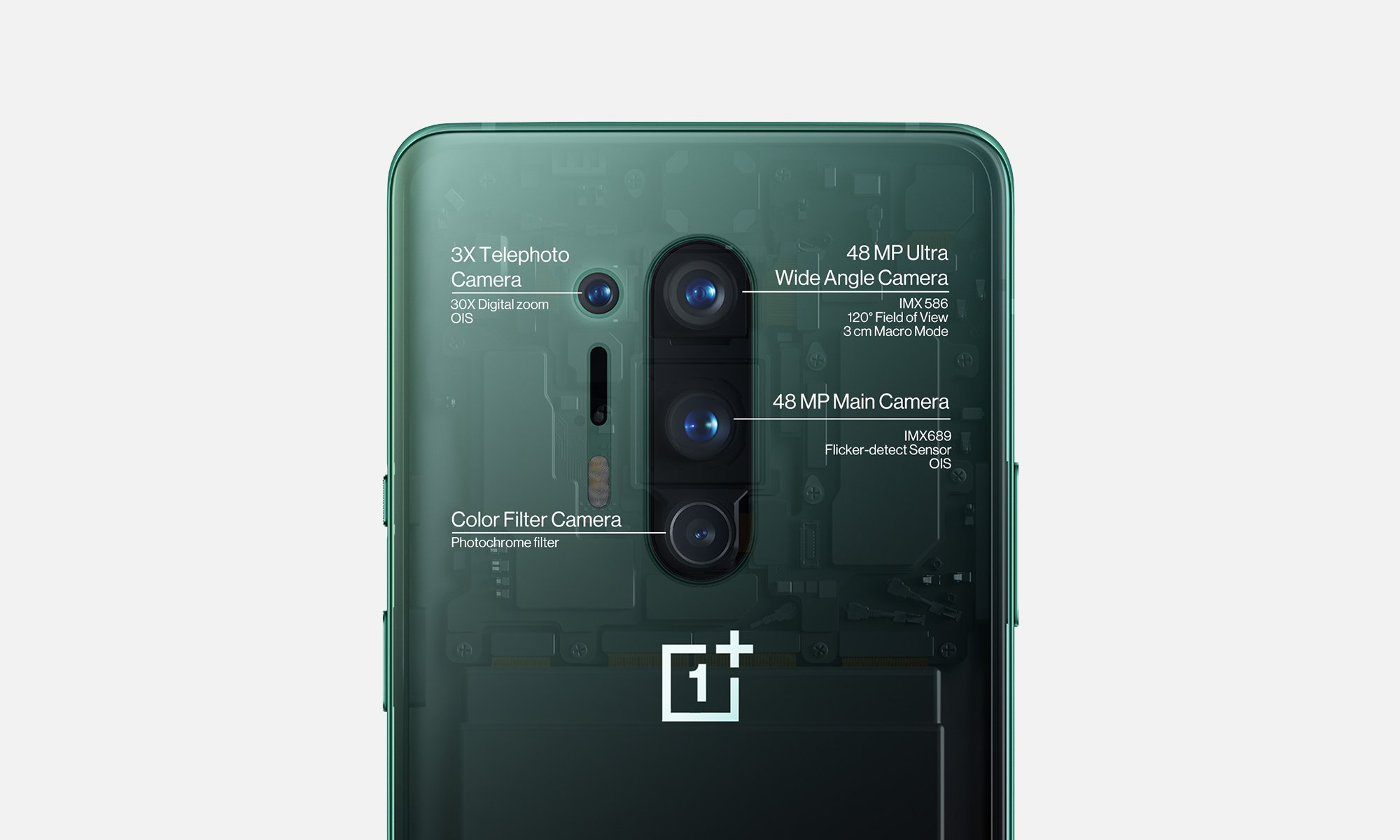 Another key difference between the devices is the lack of IP68 waterproofing on the regular OnePlus 8. For the batteries, the OnePlus 8 features a 4,300 mAh battery with 30W Warp Charge, whereas the OnePlus 8 Pro has a 4,510 mAh battery with 30W Warp Charging + 30W wireless fast charging (finally), and 3W reverse wireless charging. You can get 60% of charge in 30 minutes with the new Warp Charge 30T, while the wireless charging will give you 50% of charge in half an hour.