Microsoft has released a new build of Windows 10 today that bumps the version number to 17692. In this release, Microsoft is improving the touch keyboard and also making it possible to stop auto-playing videos with Edge.

The build is rolling out to Fast ring users today and you should be able to download it right now by searching Windows update.

SwiftKey, the keyboard company that Microsoft bought a couple years ago, is finally making its way to the desktop. With this update, shape writing is finally possible on the desktop and while not everyone may use this feature, when used with a Surface Pro, it’s a huge improvement for text input.

One update that everyone can appreciate is that Edge now has the ability to turn off auto-playing videos; you can find the setting under “Advanced Settings,” “Allow sites to automatically play media.”

There are also quite a few updates for those that need accessibility features. It is now easier to increase the text size across the entire OS and there are many improvements to the narrator as well.

The game bar has been updated to now include improved audio controls and performance visualizations (FPS, CPU/GPU usage ect). Additionally, Game mode has been improved which should provide a slightly better gaming experience.

And finally, search is being improved too. Microsoft is now making it faster to find official software download pages for Windows software.

As always, make sure to check out the bug list before updating and let us know if you find any new features that have yet to be announced.

Update: Oops, Microsoft says the auto-playing feature for Edge will arrive in a future release. 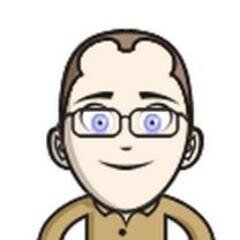