Microsoft has released a new build of Windows 10 today that is for both desktop and mobile. This version, 14965, is available for Fast ring users and has a couple of new features too.

Included in this release is an improved way to control external monitors in tablet mode. Microsoft says that you can now use a second display with your tablet without the need to use a mouse; a virtual touchpad makes it possible to move the mouse and select items as you would with a traditional mousepad.

If you use Sticky notes, there are a few updates for this feature. Included in the release is support for more languages for insights (recognizing the text on the notes) along with phone number and stock symbol recognition. There are also a few updates to the UI to give it a bit more polish and smashed a few bugs related to undo and redo.

Windows Ink Workspace has been updated with an increased number of recently used apps as well as general improvements to performance; you can now use a scroll wheel with the protector. And in the Registry editor, the address bar now supports CTRL + L to set focus to the address bar and shorthand notation for HKEY names.

With this release, there a bunch of bugs that were smashed and new issues that have been uncovered in this release; you can read the announcement post here. As always, if run into any issues or find any new features, make sure to let us know. 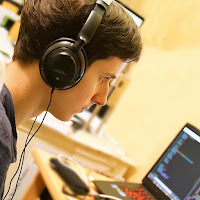