Just what is happening to Windows, and where exactly is it heading? With Microsoft embracing competitors, going all in on open source and supporting Linux within Win10, Windows purpose in life is sort of bluring – losing it’s focus. MS seem intent on adding every single feature they can think of to Windows. Some work, some don’t, but it’s not slowing MS down. This means Windows is becoming a jack-of-all-trades, but master of none. Stability and reliability are now afterthoughts – and those were Windows core values at one point, back in the day, especially for the Enterprise. Now, it’s all about adding value, user monetization, services, telemetry, feature count and numerous other non-essential items, all at the sacrifice of what Windows use to be about.

People used to laugh at Linux fragmentation, and still joke about Android having the same problem. What about Windows though? How many ‘supported’ versions are now out in the wild, with more due. Every feature update of Win10 is, in essence, a completely new OS build, meaning fragmentation in the Windows world is a growing thing. The fact MS also can’t develop stable builds anymore mean users are either deferring updates for as long as possible, or using other methods to block them altogether, all in the name of wanting something stable and consistent.

By all accounts, inside Microsoft, Windows is now a rudderless ship – passed from team to team as they try to keep momentum going, yet ignoring feedback and pushing on with this relentless and unsustainable dev cycle. The 2018 releases were indications there are big problems, and if 2019’s releases aren’t any better, I can see customers starting to look elsewhere, and once that happens, the flood gates could open. The truth is, for many, Windows is familiar, but not essential. There are alternatives that would work just as well – if not better – but it’s like people still don’t want to look or consider them, but that may change. Maybe companies like Google, Apple, Canonical etc are just waiting for Windows to self implode. It’s not unfeasible. 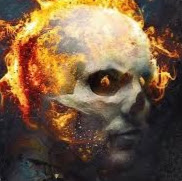