Launched in May, Lenovo’s new ThinkBook lineup provides the business-class performance, quality, and security that small businesses expect. There are two initial versions, the ThinkBook 13s and 14s, which, their names suggest, provide 13.3- and 14.1-inch displays respectively.

Whether Lenovo needs a ThinkBook “sub-brand,” as the company calls it, is certainly worth discussing: The firm already provides a BMW-like plethora of ThinkPad-branded laptops, PCs, and other devices, as well as its IdeaPad prosumer brand. But ThinkBook does manage to exude a vibe of its own, and it appears to provide an interesting combination of the parts of ThinkPad and IdeaPad that will appeal most to SMBs. And the PCs are priced right, too, with starting prices in the low $700’s. 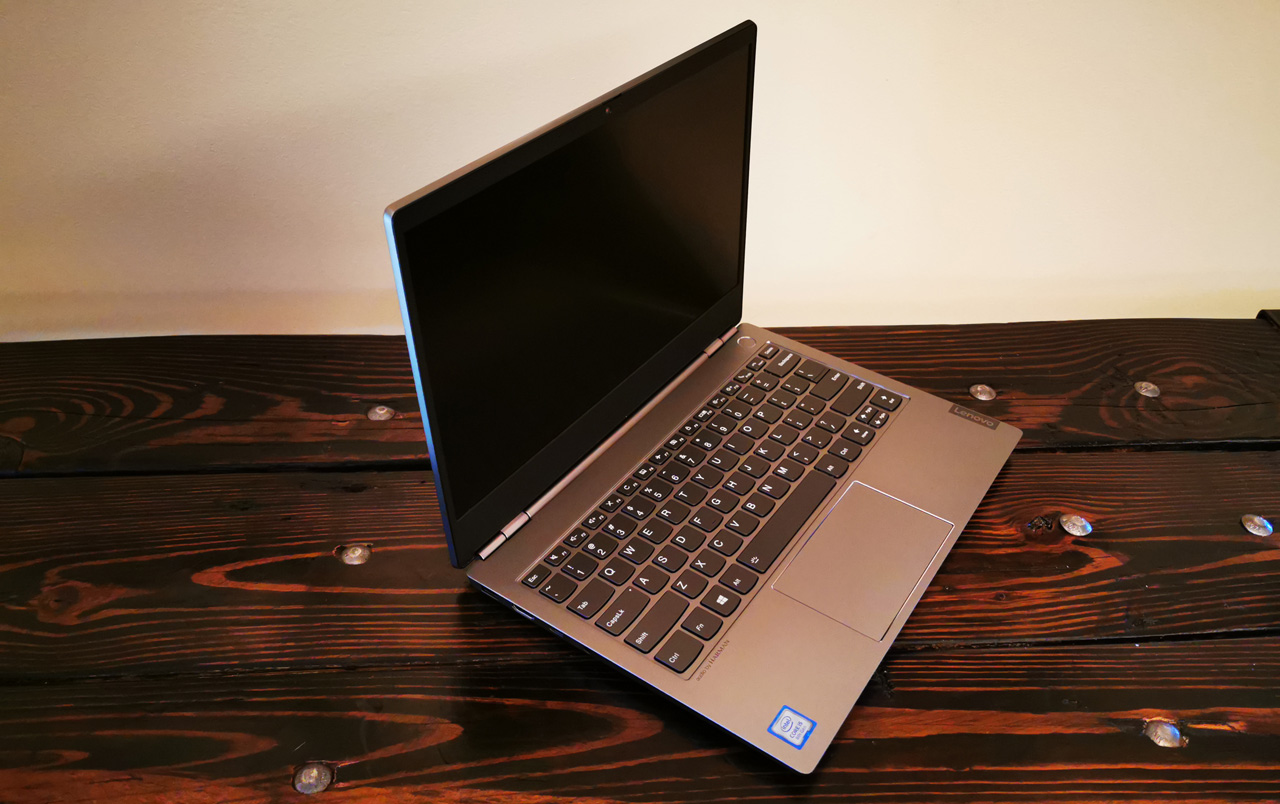 The ThinkBook 13s I’m reviewing is a minimalist machine—which I like—with the same understated quality and design that Lenovo has ridden to much success. I also like the classy way that Lenovo is exerting its brand, and this is a design element we see on other recent Lenovo PCs, like the IdeaPad S940: There’s a flag-like Lenovo logo on the lower-right of the keyboard deck, the upper back left of the display lid, and, in a nice touch, on the lower right of the default on-screen wallpapers as well. 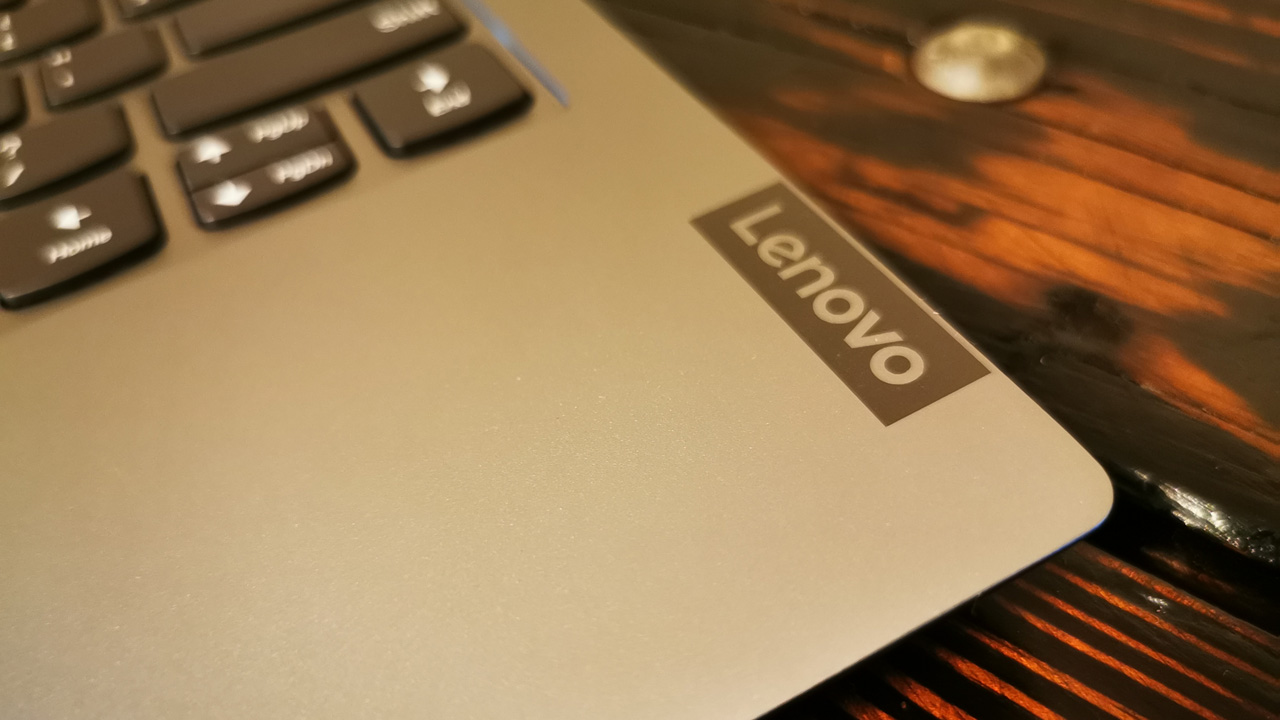 The ThinkBook is all-aluminum with zinc-alloy hinges and it comes only in a medium gray color that Lenovo calls Mineral Gray. I prefer black on my ThinkPads—Lenovo recently introduced gray to that lineup as well—but I think the gray color here works nicely. It doesn’t appear to pass the wide range of Mil-Spec tests that Lenovo subjects most ThinkPads to, but it offers some interesting real-world protections: Spill protection for up to 2 ounces of water, plus protection against extreme temperatures and vibrations. The hinge should endure 25,000 open-and-close cycles, Lenovo says, and it’s coated with indium to enhance corrosion resistance (and enhance Wi-Fi reception!) too. 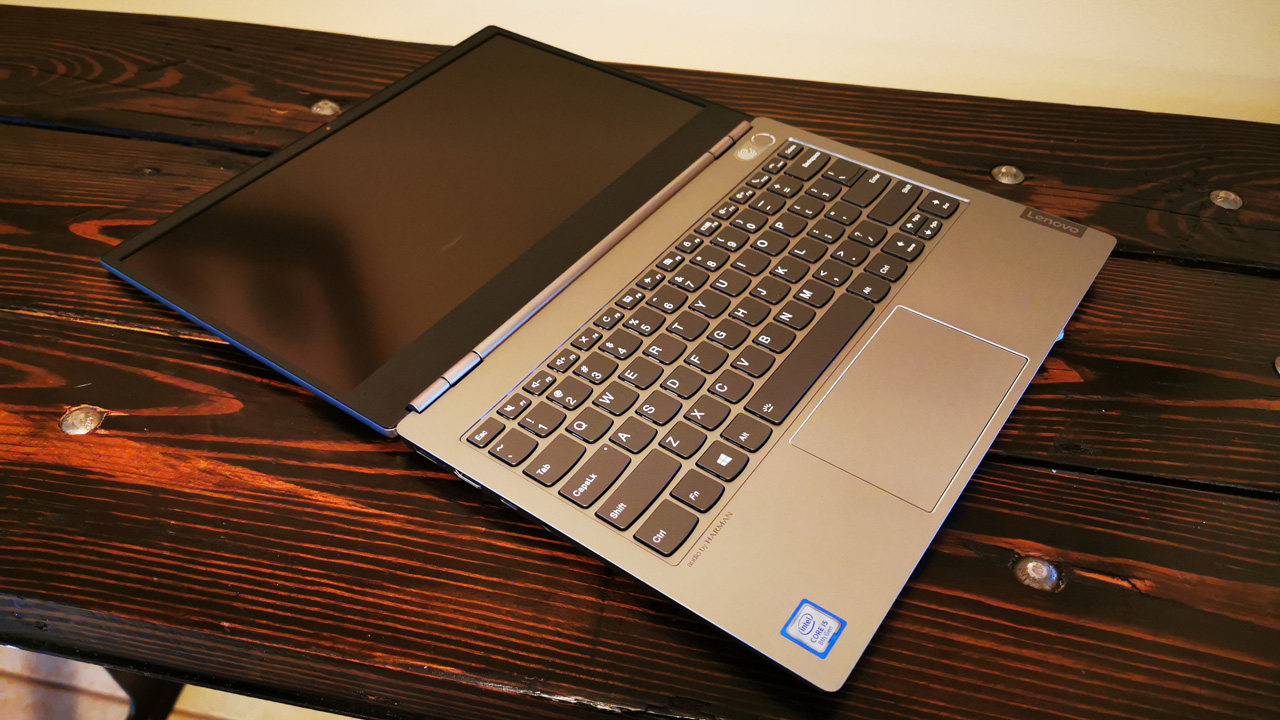 The innards are what any knowledge worker would expect in mid-2019: 8th-generation Core i5 or i7 processors, 4 to 16 GB of RAM, up to 512 GB of speedy M.2 PCIe-based SSD storage, and Harman stereo speakers with Dolby Audio. (The ThinkBook 14s ships with AMD Radeon 540X graphics with 2 GB of dedicated RAM, too.) 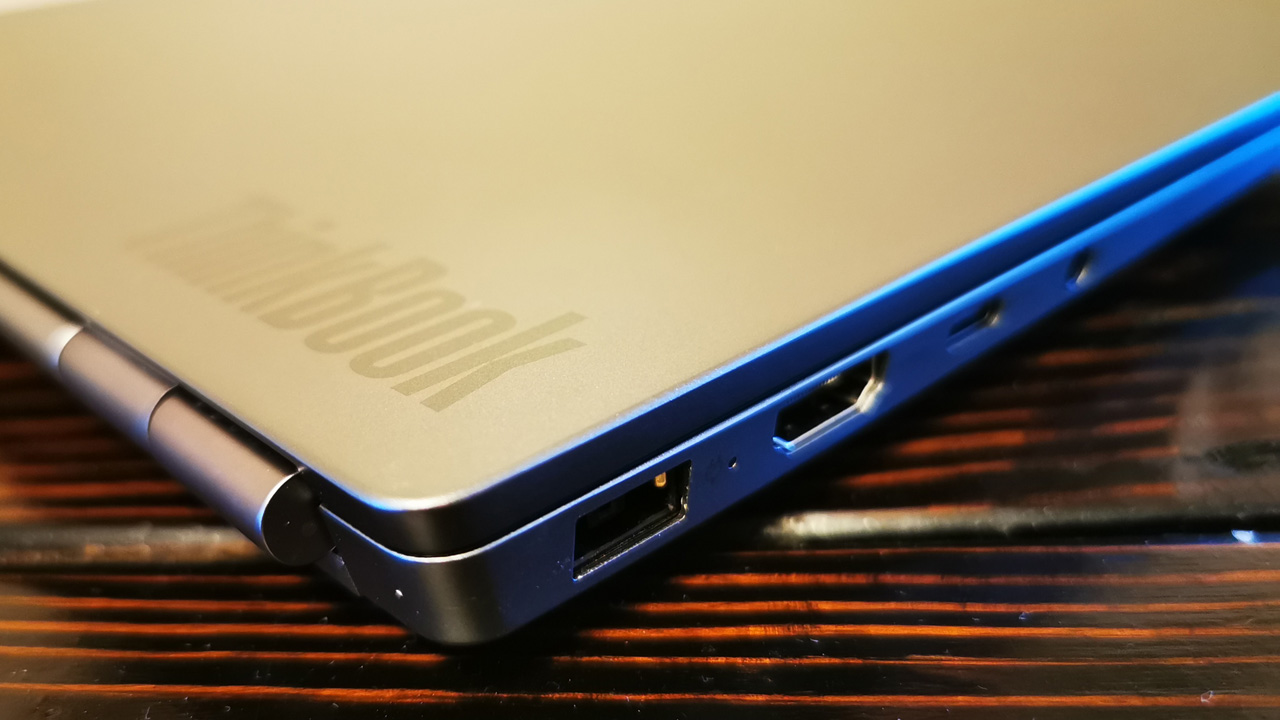 Expansion is acceptable—you get a full-sized HDMI video out and USB-C (with audio, video and data transfer but not Thunderbolt 3) on the left and two full-sized USB 3.1 ports on the right, one of which is always on—but the ThinkBook utilizes a proprietary Lenovo power adapter and not USB-C (I’m guessing because of power requirements). 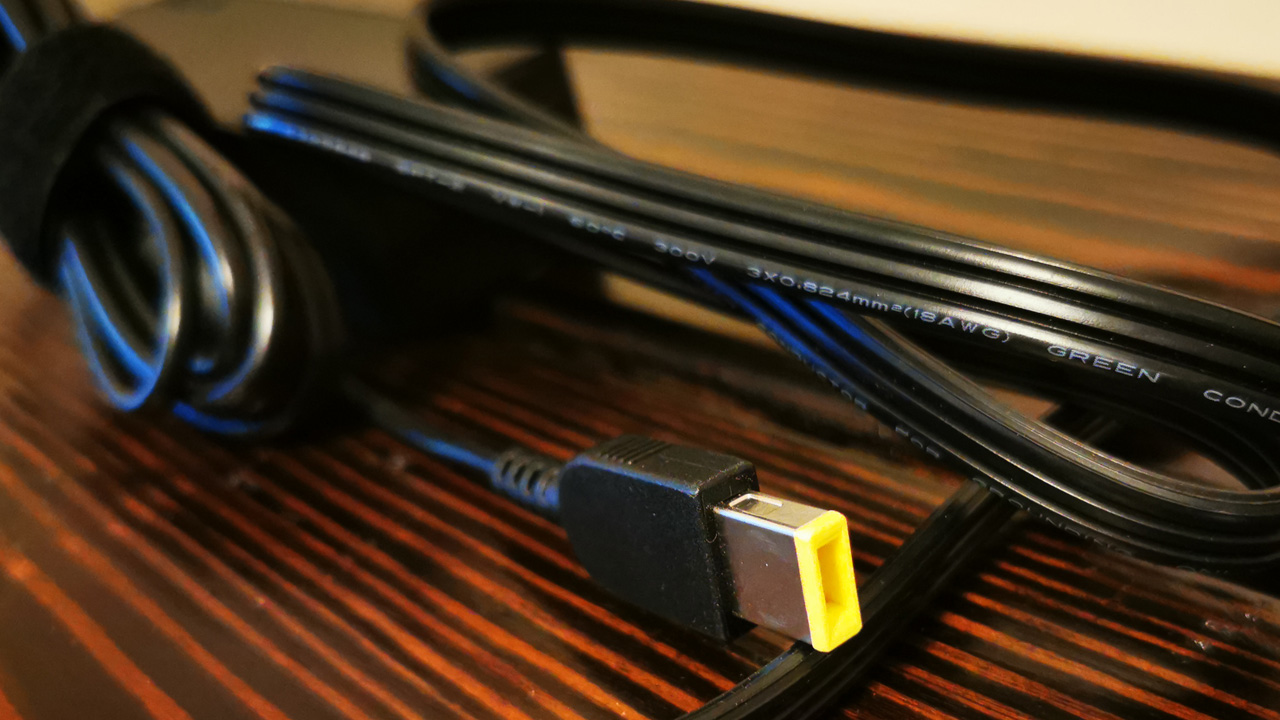 Full HD is the only option on the 300 nit IPS displays, though there is at least an anti-glare coating. It’s a 16:9 display, of course, and there is a massive bezel on the bottom of the display, which can be laid flat. The display is not multi-touch capable. 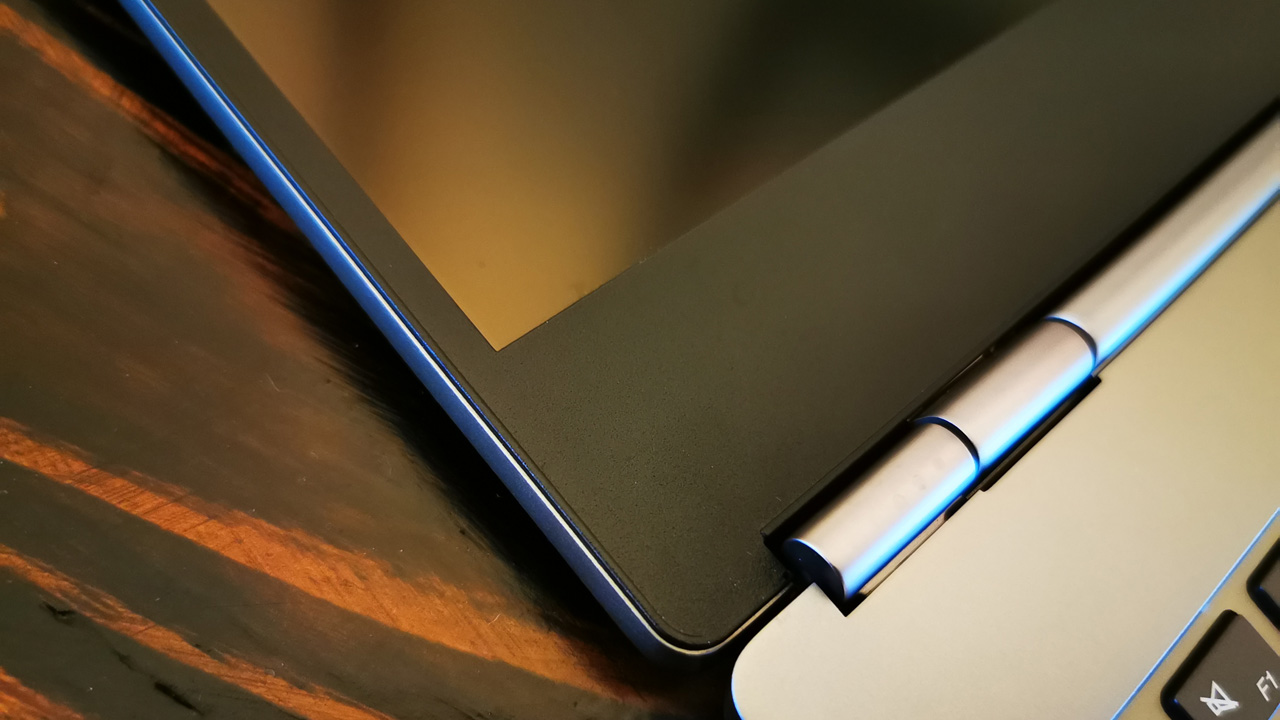 But it is the Lenovo-specific touches that stand out.

For example, the round power button, which sits to the top right of the keyboard, doubles as a fingerprint reader. 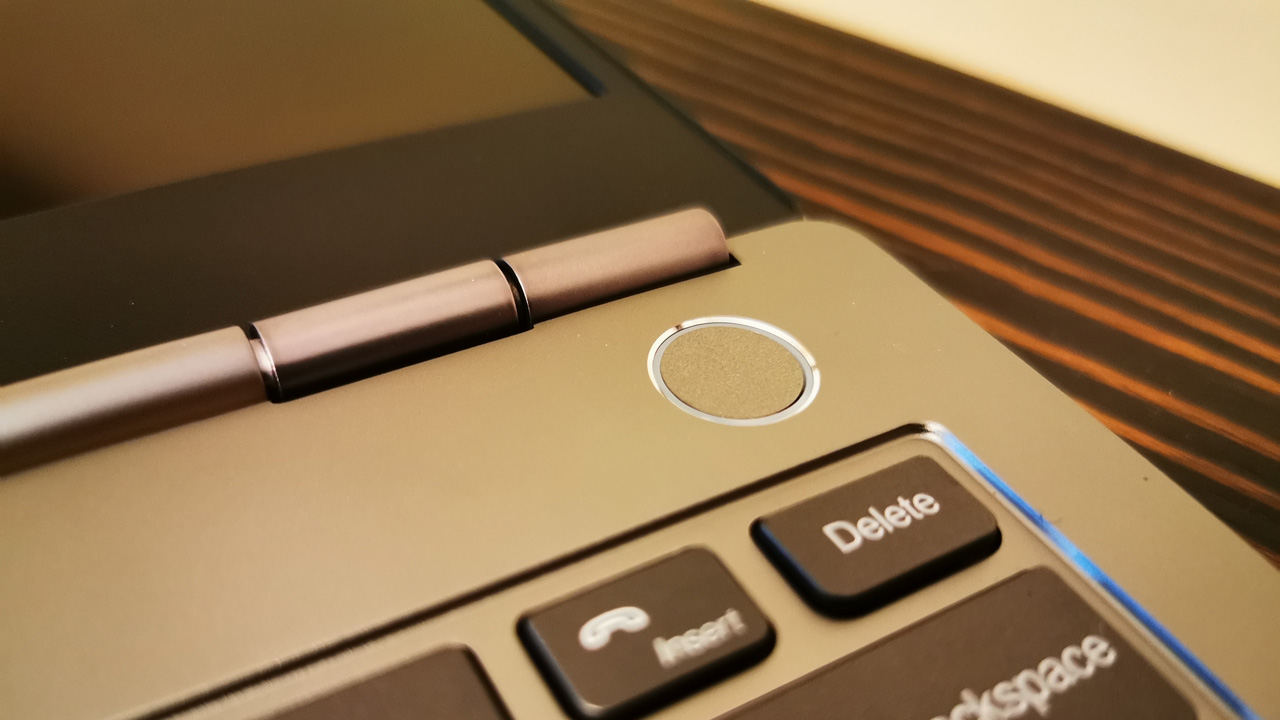 And the 720p webcam can be manually hidden with a ThinkShutter privacy shutter, a nice touch. 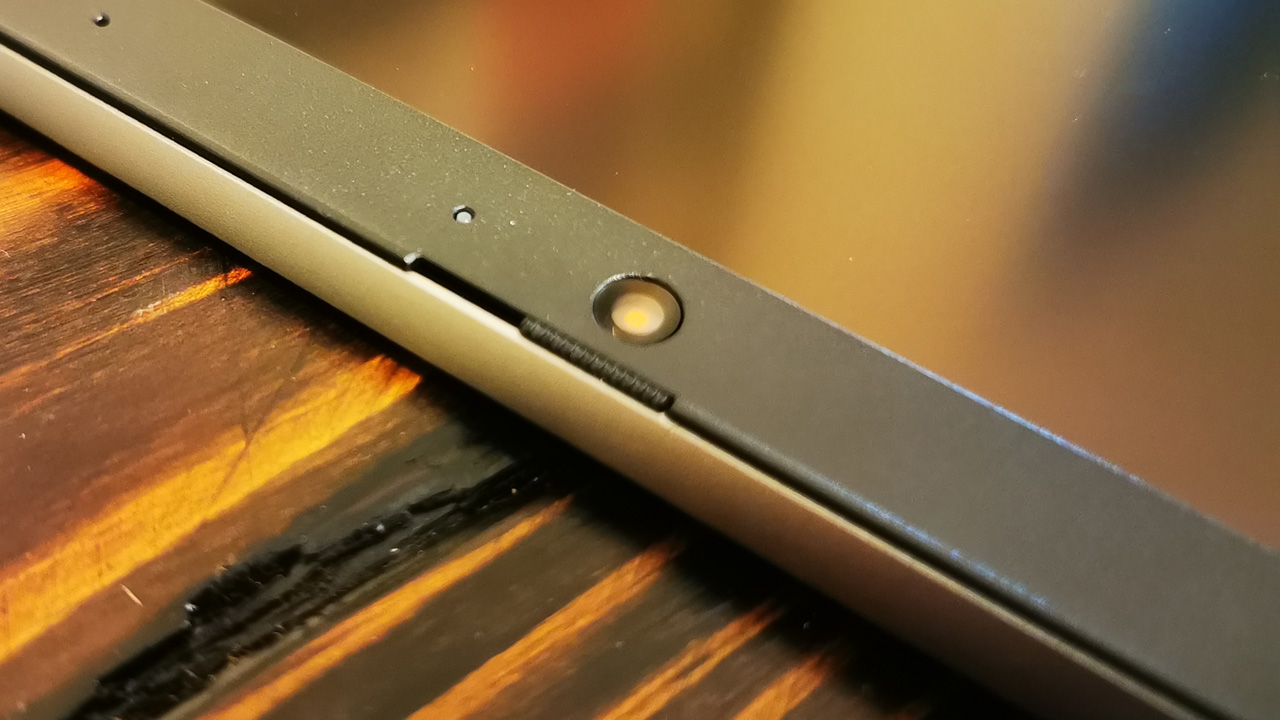 The backlit keyboard has the classic Lenovo look and feel, but there’s no TrackPoint dual-pointing system, and there is a bit of flex if you push on the center of the keyboard (as I do when I type with my heavy gorilla hands). In a move that emulates HP’s business-class PCs, the ThinkBook is, I believe, the first Lenovo product to include hotkeys for Skype calls in the function row. 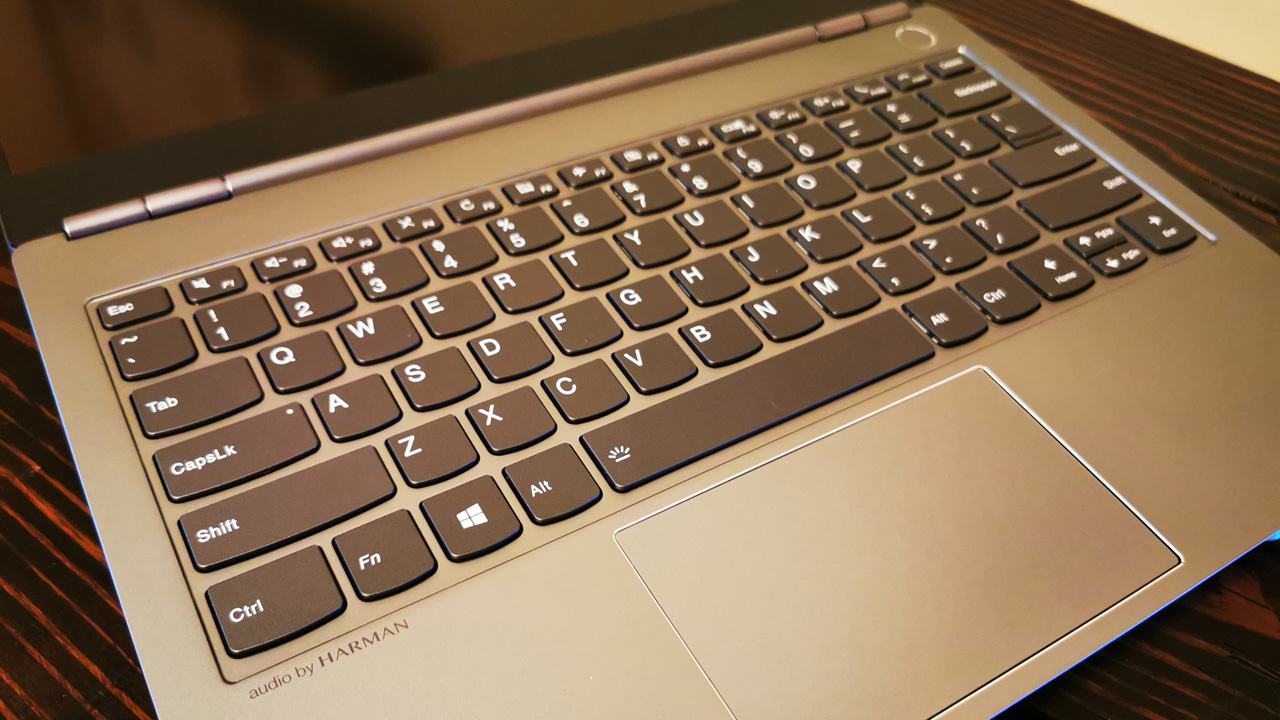 Speaking of the keyboard, Lenovo got the CTRL and Fn placement right, unlike with other recent products. But the arrow keys are small and will likely prove problematic. And the | and ENTER keys are connected for some reason (though that shouldn’t be an issue in use). 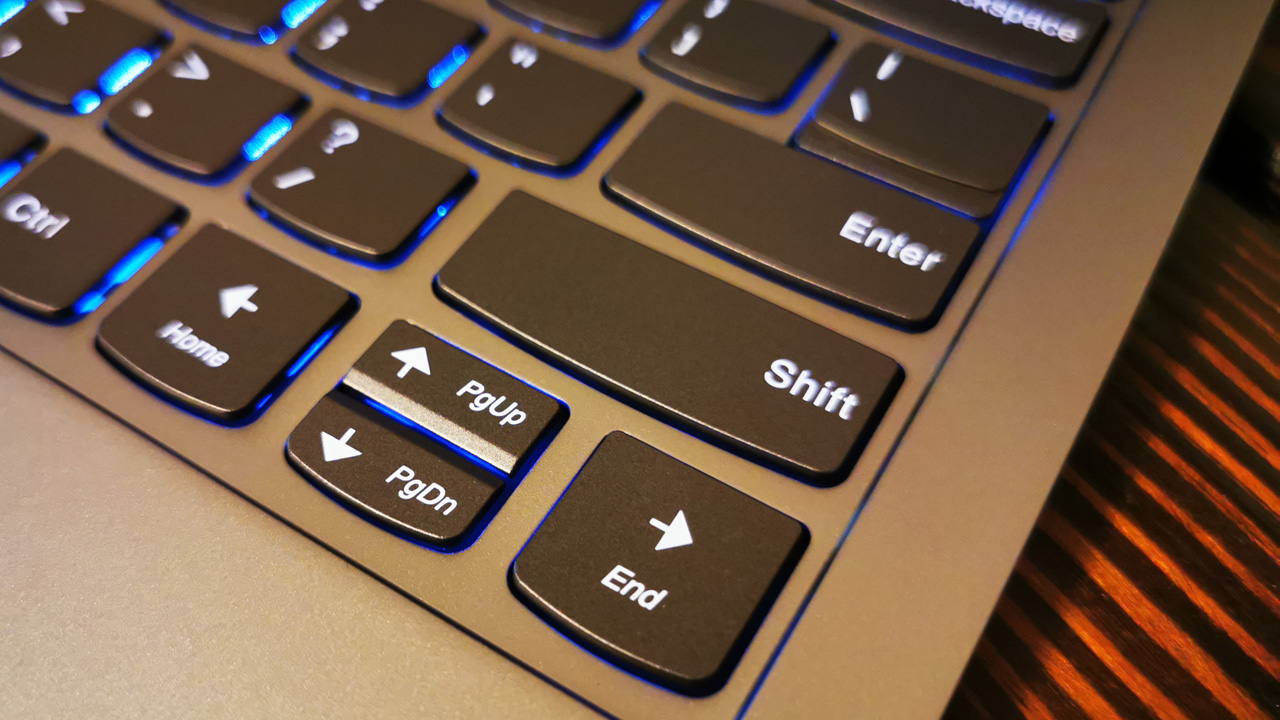 Portability should be at least acceptable. The ThinkBook 13s weighs 3.35 pounds, which is a bit heavy for the size of the device, and it’s rated at up to 10 hours of battery life; that’s using the MobileMark 2014 benchmark and not video playback, but I’ll test it. 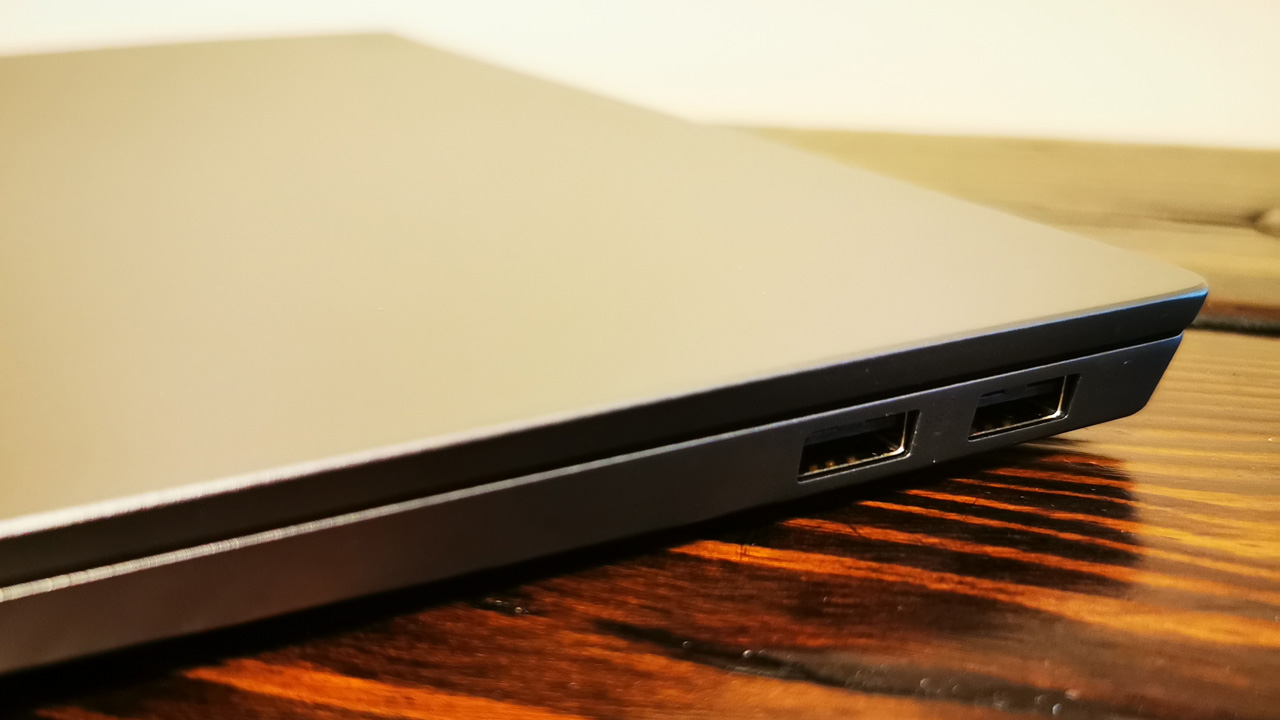 From a software perspective, the ThinkBook ships with Windows 10—Home, in the case of the review unit—with minimal bundled utilities, most useful. The only truly egregious entry is McAfee LiveSafe, which I’ll be removing. 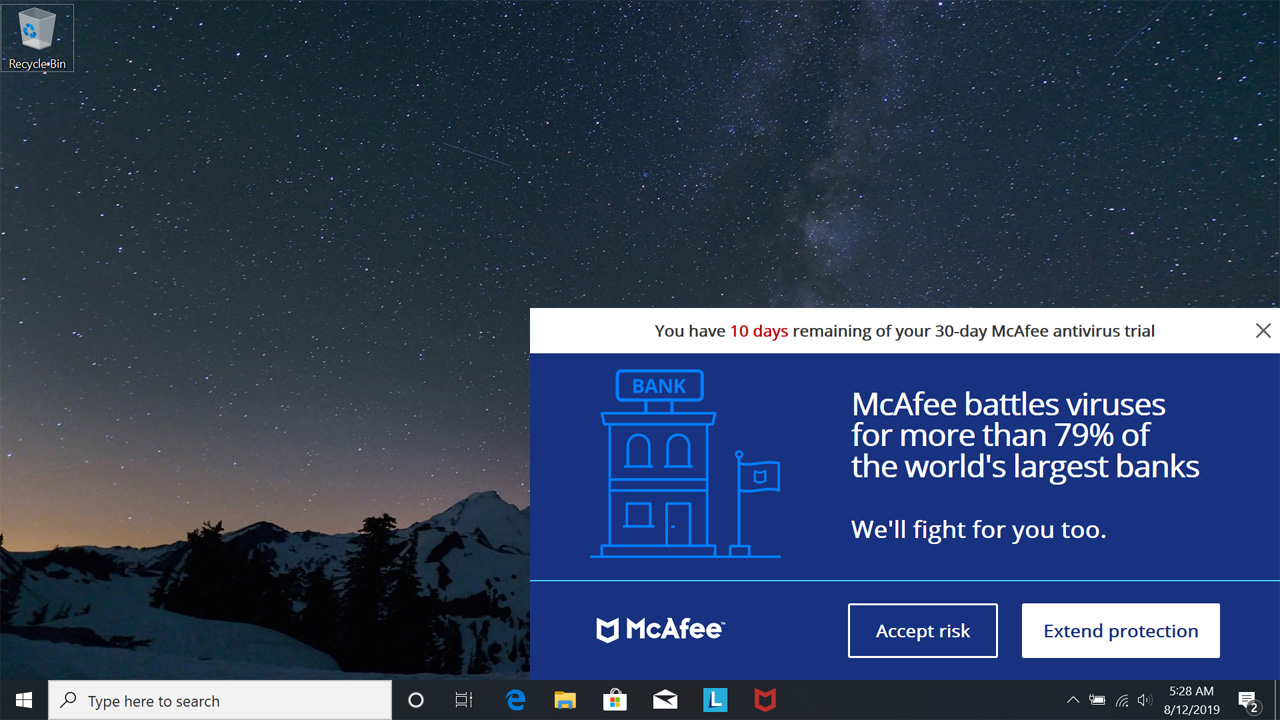 As good as it is, the most impressive thing about the ThinkBook 13s is the price: Officially, this laptop starts at just $730, but it’s currently listed as $680 and up on the Lenovo website. For that price, you get a Core i5-8265U processor, 4 GB of RAM, and 128 GB of SSD storage. What I consider to be the minimally acceptable configuration—Core i5, 8 GB of RAM, and 256 GB of SSD storage—is just $773. (This is the model I’m reviewing.)

This, folks, is the sweet spot. And when you compare this pricing to the recent conversation around the many issues with sub-$500 PCs, you can see what I was getting at. This is an incredible PC for that price, and it is a far better option for virtually anyone, from the small business workers that Lenovo is targeting to the students heading off for four or more years of college.